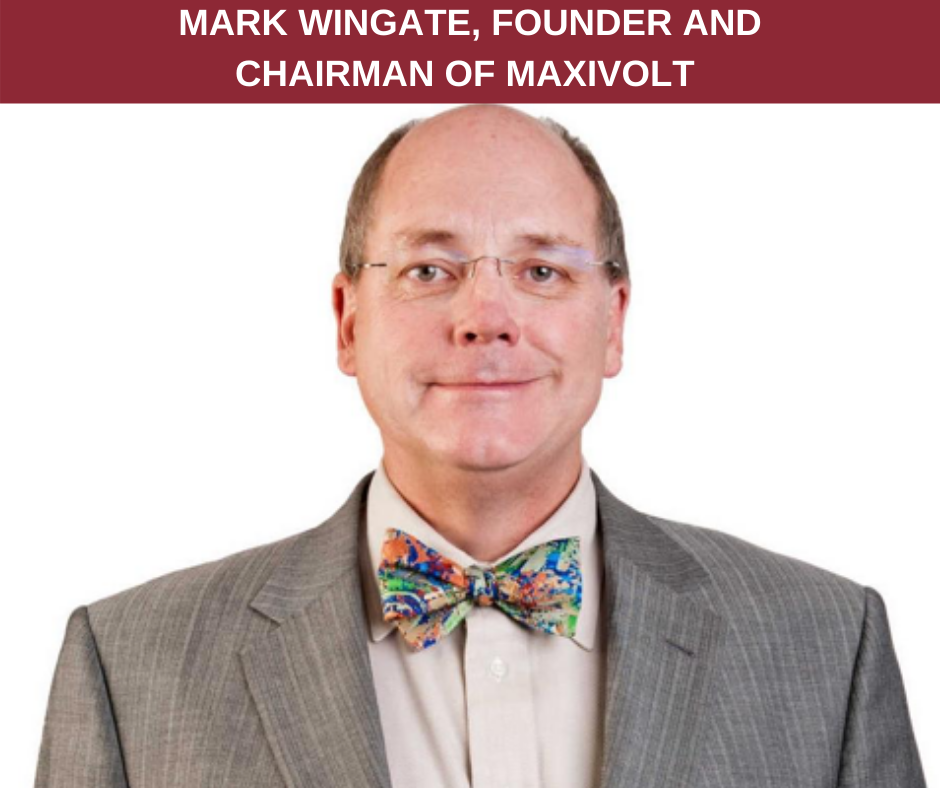 Amarillo Businessman Invests in Hometown and the WT Enterprise Center

Mark Wingate is a multi-generational entrepreneur who does business around the world with his company Maxivolt. Despite offers to move his company to bigger cities, his love of Amarillo has made him a permanent resident. As Wingate explains, he was on the ground floor in the development of the WT Enterprise Center (WTEC).

How did you become involved with the WT Enterprise Center?
I date all the way before the WT Enterprise Center was the WT Enterprise Center. Don Taylor was a good friend and mentor, and I had association with him when he got the division started. When he was working with the Panhandle Regional Planning Commission, he had this vision for the WTEC. He and I spent many hours going over what the plan was. When they started, one of the first things they did was ask for advisors. I was asked to be an advisor and have been one ever since! I’ve done mentoring; I’ve helped developed programs; I’ve just kind of been there. Maybe “I’m the wind beneath the wings” is a good way to say it. They’re all the heroes. They’re all the guys and gals who do all the right things at the right time.

I understand you’re a third-generation entrepreneur. Your grandfather and father were both business owners?
I found out I’m actually a fourth-generation entrepreneur! My grandfather owned an oil delivery business in Oklahoma. My great grandfather owned a grocery store in Oklahoma. My father came to Amarillo in 1959. He started another company when he moved here, which was Wingate Incorporated. They were a mill rights company and did work around the globe. I was involved in that as well. I spun off from that and, actually, Maxivolt was my fourth company that I started.

How would you describe Maxivolt as a company?
Maxivolt manufactures specialized surge protective devices, as well as consult on system design. It’s a valued partner to hundreds of companies; I guess I could say thousands but that sounds bodacious. We have a little over 6,000 clients but, obviously, with 14 employees we’re not servicing 6,000. We get to where we have more clients than we have people to service clients.

You said you had fourteen employees. Are you planning to expand in the future?
Oh yeah! People always hear that number–14–but they are 14 really dynamic people. We have great people and a great retention rate! Right now, we’re trying to hire three more. I’d like to hire 10 more if we could find the right people. The biggest problem is finding the right people.

Is Maxivolt your most successful company?
Yes, I think so. This one is the longest-living; I’ll put it that way. The first two I put together and sold them almost immediately, within six months. When Maxivolt came along, I actually started another company that was a sort of sister company to Maxivolt; Maxivolt was a general partner to it. We also sold it after two years. Then I started WALC. It’s the middle initials of my children, my wife and I. It’s an investment company.

What was your motivation in investing in what Maxivolt does?
There were three friends: me, an engineer, and a salesman. We took over another company and started a new company to pick up what they kind of messed up. We now do business in 50 countries.

So, you do business around the world and you could headquarter anywhere. So, why did you decide to stay in Amarillo?
My wife and I love Amarillo. I’ve lived other places; so has she. Amarillo is home. The people are good. There are great resources for businesses, probably the best I’ve ever seen. It’s a good place to live, and it really has anything you want to do in my opinion. I just can’t vision myself living anywhere else. Dallas has offered us so much to come there and so has Austin, Colorado Spring, and even Chandler, Arizona. I could go on and on and on, but they just don’t have what Amarillo has.

From what I understand, you’re not just a patent holder but also an inventor?
Yes, I have two major patents that have maybe 30 articles of patents on them. It all deals with power quality in making power better. The most recent one is a device developed for HVAC, but we’ve expanded it pretty dramatically since then. It was to take new technology for HVAC and make it more reliable. It has done a fantastic job and is a great product!

Where is your office located?
We just moved into a new campus at 9350 S. Georgia; actually, we were in dire need to relocate. Downtown, we had bought 800 South Rusk 23 years ago. We outgrew it seven years ago, and we bought the building next door to expand; we outgrew it within a year. Last year was a down year because of COVID, but the year before, we literally had inventory sitting on the floors. You had to walk around it to get to your office. So we bought this new facility on Georgia and hopefully it’ll get us through the next 10-20 years.

What have you learned about starting a business that you would pass along to other potential business owners?
Hard work and persevere! I know it sounds cliché, but that’s the answer to success.