Every artist dreams of the day that they can make a living with their love of creation. Jacob Breeden has done just that. Partnered with his wife, Rhoda Breeden, he created Process Art House, an artist centered, full service, concierge art services center located in Downtown Amarillo, Texas. The company offers a broad range of services for anyone engaged in or interested in the world of fine art and design. 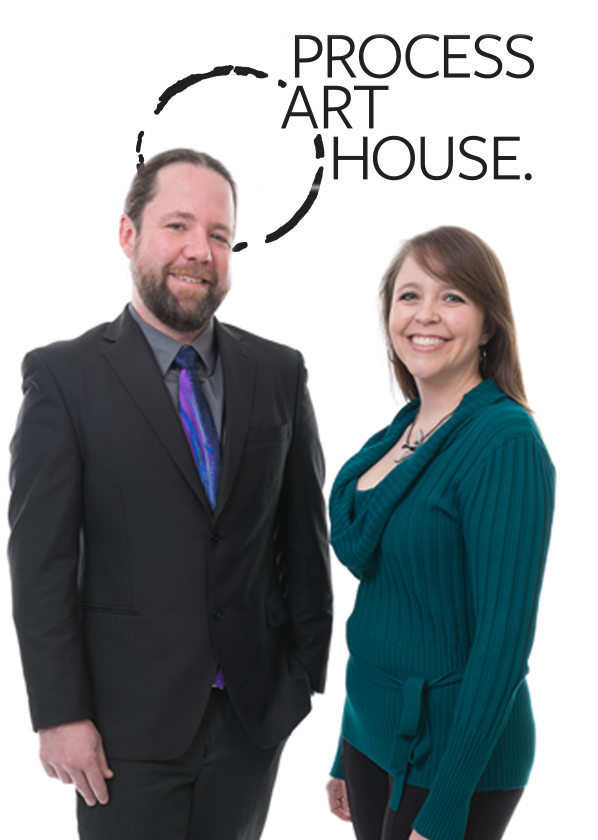 Jacob Breeden continuously found himself in what seemed like an unending cycle of dead-end jobs and layoffs. He had worked for various non-profit organizations as a full-time artist for one and a half years before jumping from job to job, trying to find a place for his creative mind to really fit in. Breeden decided it was time to create his own business.

Breeden had the idea of opening up a studio where he could hire out creativity, such as creating custom art pieces for individuals or businesses. He also wanted a place for artists to show their work. He started working on a business plan with the help of the Small Business Development Center and received a bank loan to renovate the space he was renting in downtown Amarillo.

Breeden was referred to the WT Enterprise Center by the Small Business Development Center and became involved with the Idea Village (now Hatchworks) program and after watching the Amarillo EnterPrize Challenge take place for two years, Breeden felt it was the right time for him to enter. He said he “didn’t think like an entrepreneur,” and had no background in business. By participating in the EnterPrize Challenge, Breeden was able to ask questions and learned how to defend his ideas and decisions. “It was similar to an art critique,” said Breeden.

What’s Breeden’s advice for participants? Be patient. The EnterPrize Challenge is excellent for those who are committed to entrepreneurship and need direction when it comes to growing a business.

“Build the foundation of your idea and commit to what you are doing. You have to be passionate about your business and be persistent with what you want to achieve.” Tweet this

As a recipient of the 2014 EnterPrize Challenge, the money Breeden received ultimately gave him the time and financial means to grow Process Art House. He was able to take a breath and not worry so much about funding, and could turn full focus on the business.

And don’t forget to attend our next Group Coaching on September 22nd. This workshop will focus on the Lean Canvas method to writing a business plan!