Janet Coffman is the owner and founder of Circle 21 Candles, where she hand pours soy based candles into locally collected recycled wine bottles. Each candle is finished off with an oversized cork, which is hand branded with the company logo. Visit the website to view and sample all eleven fragrances. 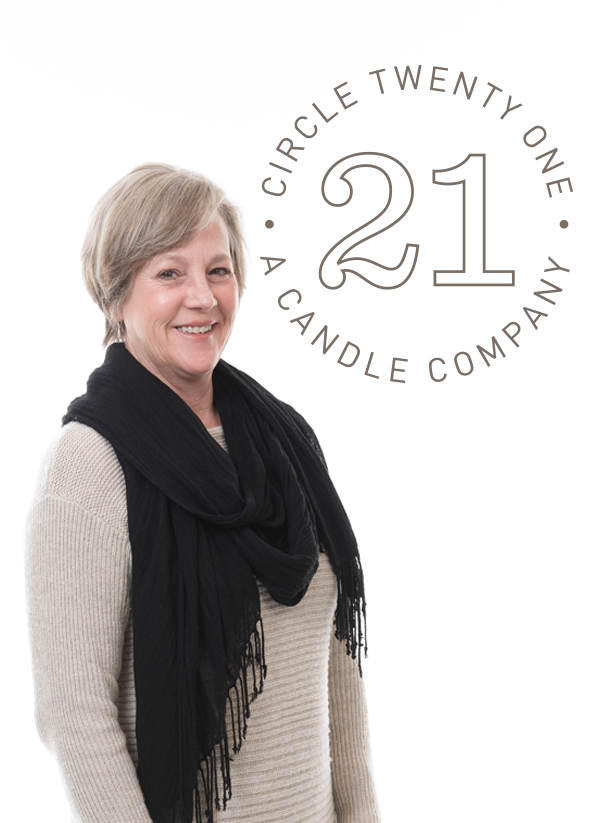 What began as a creative outlet for a former bookkeeper in 2012, Circle 21 Candles has expanded into an international company, available in 94 stores online and around the world.

Janet Coffman started her entrepreneurial journey as an art teacher, and then transitioned into bookkeeping. After sixteen years of numbers, Coffman yearned for a more creative career. She began hand pouring her all natural soy based candles in a small room in her home, and sold them locally to small businesses, boutiques, and at her booth in The NAT on 6th Street.

In 2014, a friend recommended that Coffman enter her company in the Amarillo EnterPrize Challenge. During the challenge process, she learned what it meant to be a business owner, including how to write a business plan and to “think bigger”. As 2015 rolled around, Coffman had fine-tuned her business plan, and was selected as a finalist.

“The education I received from the Enterprise Center was invaluable”

In March of 2015, Circle 21 Candles went home with a grant for $50,000. Coffman stated that the money helped purchase a new candle machine that can help her pour 200 candles in half an hour. This significantly reduces production time, and allows her to take bigger orders.  Along with this, Coffman feels that the challenge itself has helped her grow her business immensely because she has learned what she needed to know to succeed as an entrepreneur.

Janet Coffman recommends the WT Enterprise Center to any small business or startup in Amarillo. She says that anyone interested in learning something about their business, or how to grow their business, should pay a visit!

And don’t forget to attend our next orientation on September 17th where you will learn everything you need to know about the Amarillo EnterPrize Challenge!

Categories: In the Know Press